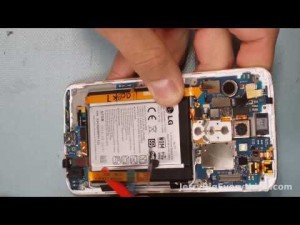 I called LG about my still broken phone late on Friday October 17th. They sent me a prepaid shipping label and I dropped it in the Fed Ex box on Sunday October 19th. The phone had finally made it back to me earlier today. I watched the Fed Ex truck pull up to my house while I was in a meeting with customers in Europe so I couldn’t jump up and answer the door (which I never heard a knock or bell, only saw the truck.) Despite having previously filled out the pre-authorization for Fed Ex to drop off signature required packages, they didn’t do it this time. I still don’t have my phone.

I basically begged LG customer support to just send me a new phone and let me send this one back to be refurbished, which they did not do. Bear in mind, I sent this off having gotten it back the weekend prior from sending it to the same facility for the same problems which were not at all fixed. From Fed Ex inexplicably not checking the box on Monday to then weirdly not delivering it today, from LG making me send it back twice, every step of this has been painful. It’s early November and the last time this phone was able to be used was the last week of September. Considering the average lifetime of a smart phone, that’s a good chunk of its expected life to be out of the game.

On September 20th, I was extremely happy with LG and this phone. Now I am strongly leaning towards avoiding LG in the future. Perhaps I’ve been trained to have a high bar with Amazon level support and their “we’ll send you a new one, you send us the broken one and we’ll sort it out” strategy. In the brochure, everyone touts the quality of their warranty and service but wait until you actually try to invoke it. That’s when the real test begins, and LG is failing this one for me.