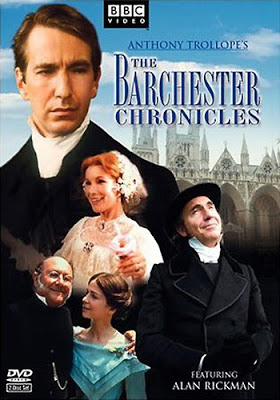 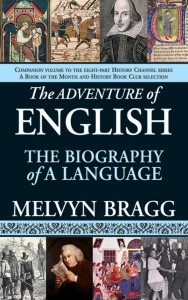 I am a listener of the In Our Time podcast from BBC Radio 4. It makes me feel marginally smarter and more informed on historical events that Americans seldom know. I really enjoy the host Melvyn Bragg. Through January 26th, his book The Adventure of English is on sale on the Kindle store for $1.99. I enjoy a good etymological yarn as well as the next guy if the next guy is a really boring egghead like me.

If you are a fan of Melvyn Bragg and his work, why not get this while it is cheap? I did.

I’ve been a listener of BBC’s In Our Time program for about as long as they’ve been podcasting it. I listen with varying degrees of interest. I’m not terribly versed in history and especially British Isle history, so I learn a lot from the historical shows but I wouldn’t say they are a primary interest for me. Of all the shows I’ve really enjoyed and taken a lot from are the ones on literature. In particular, I just listened to and loved the episode of T. S. Eliot’s The Wasteland. I hadn’t ever had it wrapped up in a historical context like that, tied to the same conditions in which Stravinsky composed The Rite of Spring.

It makes sense, the sense of modernity and disconnection of the jazz age and the “modernist period.” That era seems to be one that speaks to me, as I love the work that Fitzgerald and Hemingway were writing in approximately this period. If you read Strauss and Howe’s Generations: The History of America’s Future, 1584 to 2069 you’ll notice that the “lost generation” was the precursor “Nomad” generation to my own. We’re the ones who grow up in the shadow of our “Prophet” parents and learn to make our way despite that. I’ve always felt a kinship with art of that period, but it wasn’t until reading Generations I had a framework for why that might be.

Where the artists of that time were coming to grips with their loss of control, I think the successful denizens of our time have learned to accept that lack of control and just go with it. I still think about a line that Cory Doctorow said to me when I interviewed him. He was comparing and contrasting the way he looks at the past with the approach of say the Harlan Ellison of “Jeffy is Five” or much of Ray Bradbury and he point out that “our generation has learned to use nostalgia without a contempt for the present.” I love that line and think about it frequently.

I flatly reject the notion that the past was this better, idyllic place. I can remember the early 70’s that is now entering a period of golden age, ahistorical reverence. Those days sucked. We prosecuted a president up until his successor flatly pardoned him, throwing the whole country in a tizzy. Cities were burning, the nuclear family was dissolving while we still had nuclear threats. I grew up with all the cold war paranoia, came of age in the time of AIDS and got none of the free love and all of the consequences. That we have arrived at a place with a balance of the past and future, now in these times where as Douglas Rushkoff points out the financial world is falling apart and that may be a good thing, I feel pretty good about it all. We will survive, and abide, and thrive. I feel suited to walking on ground that may or may not fall apart underneath my feet. It’s been that way my whole life.

When I hear Stravinsky, when I read Eliot, I feel that feeling. This world is chaotic, and might be crumbling. Perhaps it has always been crumbling, but I can live with that. As Eliot said, “Dry bones can harm no one.” More recently, as the philosopher Stipe put it, “It’s the End of the World As We Know It, and I Feel Fine.” We will continue, and find our moments of joy and love. Times will ebb and flow, and we will hope to avoid the worst of the calamities while hoping in our schadenfreude hearts that horrible things happen to the worst of the sons of bitches that put us here. All the while, there will be art and poems and drum beats marking this time. We are shockwave riders, and this time is one more to ride. Surf’s up.

This afternoon I did an interview via Skype with the BBC world service for their program Today, talking about the (short) history of podcasting and the like. I originally thought I was talking to the people from this program but now I think it is this one. I’m just an unfrozen caveman, your similarly named British radio programs frighten and confuse me.

I hope I was sensible. I can never tell if I am golden or I suck on these things, but I just soldier forward and try to be clear and simple. An advantage for them from interviewing a podcasting geek – I captured my own local audio and emailed it to them after the interview, so if they desire they can replace my Skype track with the one from the house. If I ever find out definitively which show I was on, I’ll point to it. If you heard it on the radio in the UK and are exploring the site, welcome! Leave a comment as to what you thought.

I was really torn at one point, when the question was “How does one find podcasts”, I did not go all self-promotional and say “Easy, just use AmigoFish. I suppose that’s why I’m less successful than some, who manage to cram their own personal ventures into every interview they perform. Earlier today I heard a recent IT Conversation show that was loaded with enough of that up front by a fellow podcaster that I hit the skip button. I suppose I’ll be looking for that happy medium of getting my own word out without being a total sleazy scumbag about it for a long time.