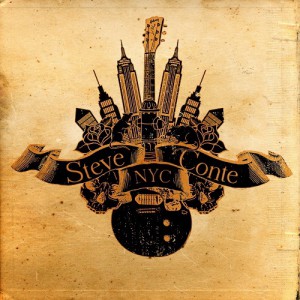 Yesterday was a big day in my intersection of rock and roll and Twitter. First, I listened to Rock and Roll Geek Show episode in which he did a track by track of the Steve Conte NYC album. I really loved that episode and the album. It is now my all-time favorite of his track by tracks. My previous favorite was the one where he and Berton Averre went over Get the Knack.

Funnily enough, I tweeted to Steve Conte yesterday and he retweeted it.

Dear @SteveConteNYC, the track by track with @rnrgeek sold me the album. I'm in, way in! http://t.co/lZU1NlHeKn— Dave Slusher (@geniodiabolico) September 29, 2014

I think that is pretty cool that I got a retweet from a New York Doll. True he is not an original Doll, but 60% of them have passed on so I’ll take what I can get. This album is truly terrific. It is good solid American rock and roll, and I highly recommend it. Go to the Amazon MP3 page for it and just do the preview. A few seconds of each song will be enough to let you know if you want it. (Spoiler alert: you will.) Steve Conte, you rock – figuratively and literally.